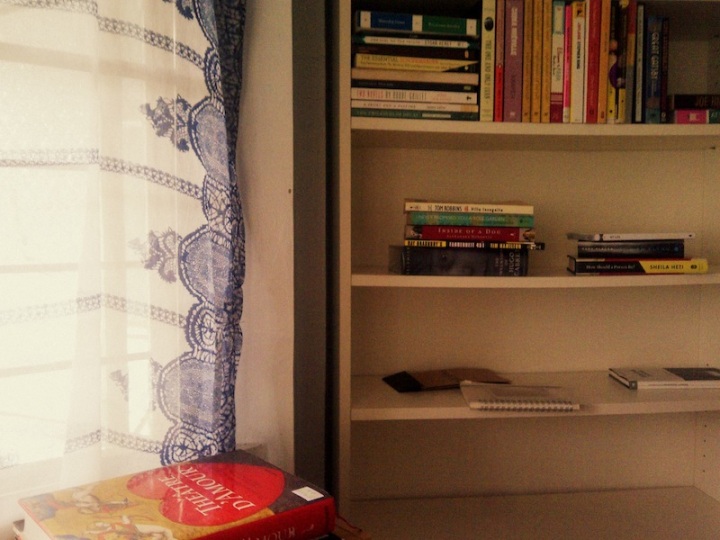 Once in a while, I consider seriously the idea of fully migrating the book rambling to my Tumblr—but, between us girls, I don’t think I can let go of this space that lets me ramble long-form. Sigh. The tone of the posts here on the blog might not point to it, but the conversation-y feel to the writing had gone a long time ago. It’s not supposed to get easier, sure, but it’s never had to be daunting. With Tumblr—and my rather over-used lately Twitter feed—I can just blab away re what I’m reading, what I’ve just read, what I’m planning on reading soon. It’s truer to the “reading journal” format I’d envisioned since this blog’s inception, the feel that I’ve tried to sustain. Because the last thing you need from me re book-talk is what Lethem calls “the overcompensating autodidact”—something I’ve noticed I’ve been doing a lot lately. Whoops.

I’ll stick to what’s been creakily working so far, I suppose. Maintain three platforms for my bookish shenanigans. Keep going away at it, so long as there’s a place to keep going at it. Keep talking to the Ether. So. If you’d like to be a part of this bigger Ether, do give me a follow on my Tumblr—more of a commonplace book than anything—and on my Twitter—whose bonus material includes frequent whining about my Blues and my Mean Reds and about the occasional fucked up machinations of Real Life. (And I could always use more friends on Goodreads.)

Right. Moving on from shameless self-promotion, and on to books. We’re smack-dab in the middle of a much-needed [long] weekend. My sniffly self, when not marathoning Orange is the New Black, has been hacking away at the altar of lies that is my “Currently Reading” pile. I’m all-too-willing to lay the blame on how abso-fucking-lately crazy things have been with me, re the directionless reading that’s been happening. It’s like musical goddamned chairs, my mood and my reading material—one moment I’m all eager for awkward crushing (Rainbow Rowell), the next I’m hungry for some straight-up murder shenanigans (Gillian Flynn); one day I’m bingeing myself with the best of historical romance (Courtney Milan, Mary Balogh, and so on) and before that day even ends I’ve tossed the ebooks into a dark corner of my hard drive to reach for comic books with lots and lots of explosions in them.

After a particularly craptastic Thursday—and, by the way, it’s amazing how I can sustain fury from one end of the train line to another, kids—I knew deep in my bones that I was just done with people, even the fictional kind, so I reached for Evidence of Evolution. [Here’s me and my dead eyes with it.] I bought it for P. during one of our many BookSale spelunkings—the photography is absolutely gorgeous (who knew dead squiggly things inside jars would have a kind of beauty?) and the write-ups about evolution-in-broad-strokes is just accessible enough that you can snuggle with it without feeling like an idiot—and it still holds a certain fascination for my useless-trivia-hungry mind. My main takeaway has been: Beetles, which have “more species than any other category and represents a quarter of all animals,” are the goddamned shiznit; they have been so fucking good with this life thing, guys. (That could be my new motto? EVOLVE ACCORDINGLY, DON’T TAKE NO SHIT UNLESS YOU NEED TO ROLL BALLS OF IT TO SURVIVE. BE LIKE A BEETLE!) 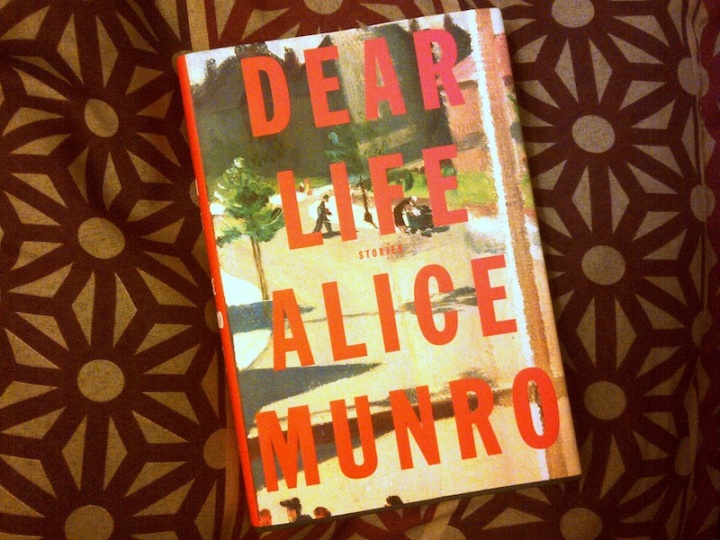 And then, Friday afternoon, I reacquainted myself with Alice Munro, picked her up again almost idly. I had four stories left to read in her latest collection, Dear Life, and I remember leaving them for last because she all but said that they were extra-special—because they were more autobiographical than anything else she’d ever written. And I remember, too, that I stopped reading this Munro weeks and months ago because I just couldn’t find in me the stillness necessary to appreciating her work.

Because even though I’m certain that I will always be Madame Munro’s bitch—although I have long been convinced that the art found in each of her stories are among the handful in literature that can approximate perfection—lately, Munro has been hard work. Gone’s the seventeen-year-old me who could, almost without her knowing it, spend an entire afternoon with Munro’s stories—whole lifetimes in forty pages, good lord, the exhaustion of that!—and would resurface hours and hours later with a dazed smile and the conviction that she’d brushed close to literary goddess-ness. (Gone, too, I suppose, is the girl who read a Munro story and could say, “I could do that. I could spend the rest of my life trying to do just that.”) Munro, for now-me, needs time deliberately blocked off from the day’s demands. Munro now needs from me complete calm, a whole lot of quiet, and the capacity to slow myself down. Munro demands from me a keenness of mind that’s directed specifically on subtext and grace. Basically: Munro wants me to come to her as the reader I haven’t been in a very long time. 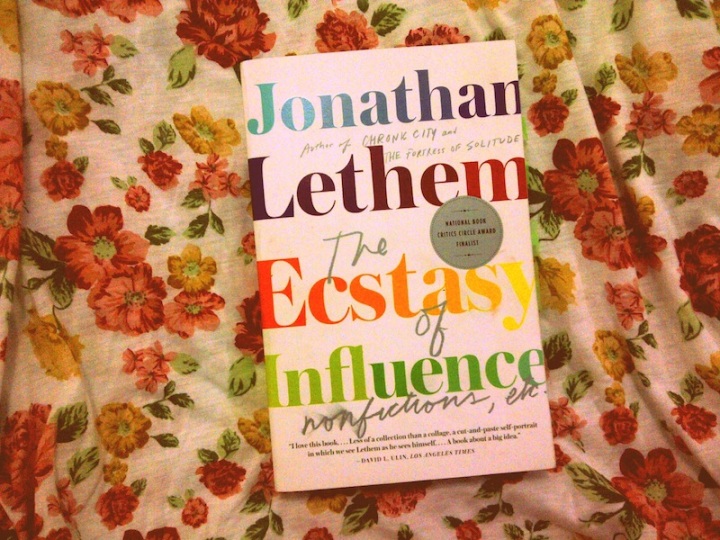 During—I really don’t know why I think these kinds of details are relevant—last night’s midnight chicken run with P., I sat down with my really-dirty-now copy of Jonathan Lethem’s The Ecstasy of Influence, a collection of his nonfictions about every goddamned thing that’s ever struck his fancy. And I mean that last bit in the best way. Lethem is pretty much a new-to-me author—the first of his that I read was his introduction to the NYRB Classics edition of A Meaningful Life—and the entire time, I’ve been struck by how expansive he is with his interests. And how, regardless of the possibility of spreading himself too thin (where I got that notion, I have no fucking clue), each piece can be so generous. He just rambles, he just fucking goes with it. And he’s smart and funny and occasionally snide and occasionally too full of himself—but I really, really, really enjoyed reading him. About literature, or art, or music, or his book tours, or 9/11, or superheroes, or being butt-hurt over James Wood. The title essay, this clever and infuriatingly sly piece about plagiarism and collaging in literature, got my panties in a bunch for quite a long time. It was really nice to meet you, Lethem. 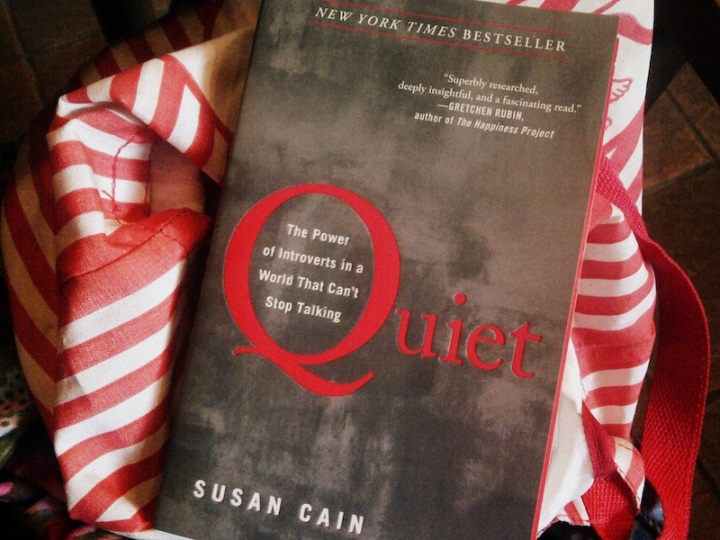 The remaining hours of Saturday will be (um, might be?) spent with Susan Cain’s Quiet. It’s been lauded left and right, and I can understand why—never has a book been so enticing to a beleaguered introvert (or a collective of introverts such as book lovers). I haven’t made a secret, though, of how it’s just not sitting well with me. The feel of the book reminds me of those Chicken Soup monstrosities—it’s trying so very hard to make me feel better about myself, that it’s just turning me off. Maybe I’ve just been really grumpy lately? Anyway. This Saturday is its last chance. If me and Quiet don’t get along tonight, then I’ll most probably bury myself in a glossy book with lots and lots and lots of explosions. No biggie.

5 thoughts on “Bibliophilic housekeeping, plus Lethem and Munro—and beetles”